The mince pies are gone, the Baileys has been polished off and with a new year in full swing, it’s time for some new goals and plenty of innovation. January is International Creativity Month, an initiative founded by Randall Munson in a bid to push people out of their comfort zones and encourage new levels of success. A fresh start can go a long way in building a happy future. With this in mind, here are some of the best creative marketing campaigns to inspire your year.

When it comes to marketing for fashion brands, many things have already been done. From working with social media influencers to unveiling unique product lines, companies are always looking for angles that’ll help them to stand out from the crowd. But in the third quarter of 2021, Burberry introduced a Fall/Winter 2021 campaign that had marketing experts across the globe clapping in admiration. But why was it so highly praised?

The campaign entitled ‘Burberry Open Spaces,’ deliberately blurred the lines between reality and imagination to highlight the importance of exploration and discovery. Audiences were also encouraged to ‘find the freedom and go beyond limitations’ through regular social media posts. This seemed even more poignant following long periods of isolation caused by government lockdowns. 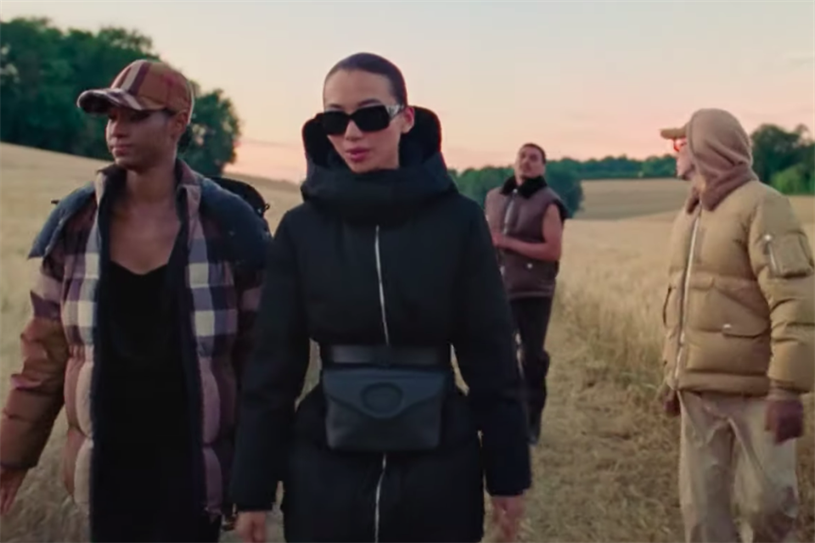 The collaboration between Burberry Chief Creative Officer Riccardo Tisci and directing team Megaforce was sculpted to challenge convention and explore new perspectives, which is the epitome of modern creativity. It was also wonderfully true to brand, with the campaign inspired by a quote from Thomas Burberry’s book, ‘inherent in every Burberry garment is freedom.’ Featuring four bold individuals experiencing somewhat of a magical adventure through the British countryside, the ad also celebrated Burberry’s roots and foundations. 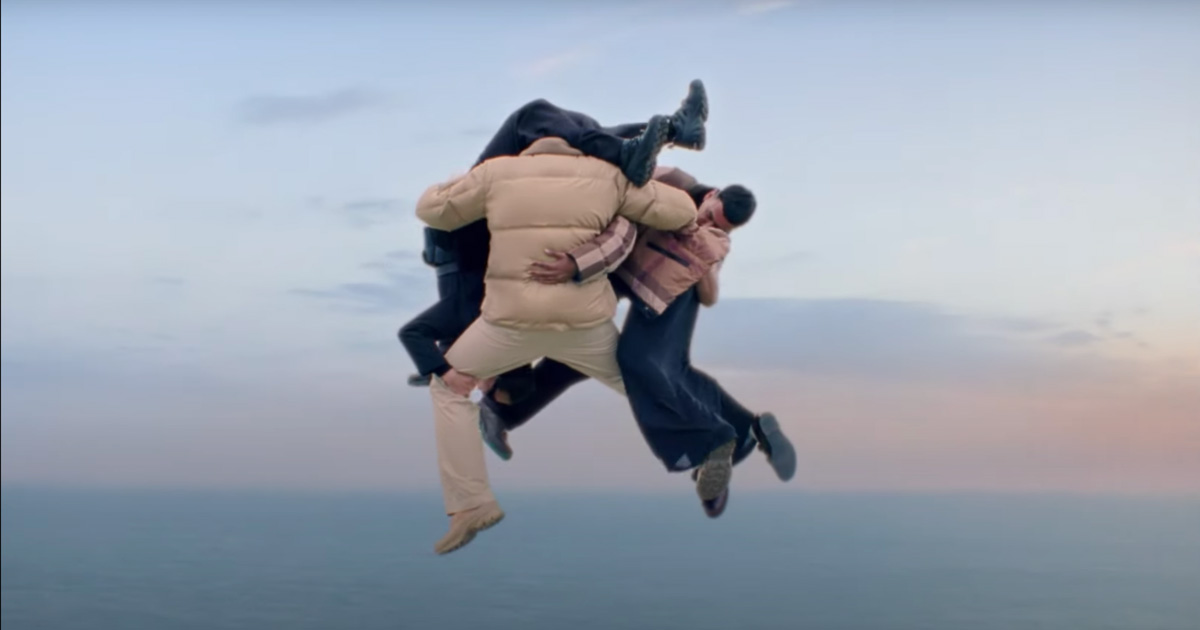 With almost 6 million views on YouTube alone, the campaign was an obvious hit. Clear talking points include the pioneering essence of Burberry as a brand, the spectacular video material which is simple but expertly shot and the seamless social media promotion complete with branded hashtags and multi-channel execution. Burberry also took the time to set up an Outerwear Story on Instagram which focussed on introducing the #BurberryOpenSpaces ad actors via a MEET prompt. This was a nice way to further engage an audience and generate interest in the campaign. Remember, if you’ve taken the time to create a campaign, it’s important to make it work from as many different channels and angles.

Top Tip: Stay true to who you are as a brand. This could mean showcasing your country of origin, flashing original/flagship products or incorporating popular brand characters as a form of storytelling. The more you understand your USPs, the more you can play around with fun ideas.

Unless you’ve been living in a cave or are having some kind of social media new year detox, you’ll know that Facebook’s parent company has rebranded to Meta. You may have already been quizzed online about how you feel about this and whether you know anything about the Metaverse. The Metaverse being a ‘new world’ buzzword that essentially describes a complete digital environment where you can live in real-time as via avatars, socialise, explore and even buy designer clothes and cars (say what???). It’s a rather overwhelming concept for many. But while the Metaverse-obsessed were pulling on their VR headsets and working out how many Bitcoins to charge for a virtual designed handbag, Iceland’s tourist board from Reykjavik were getting ready for some creativity of their very own – Introducing the Iceland Verse. 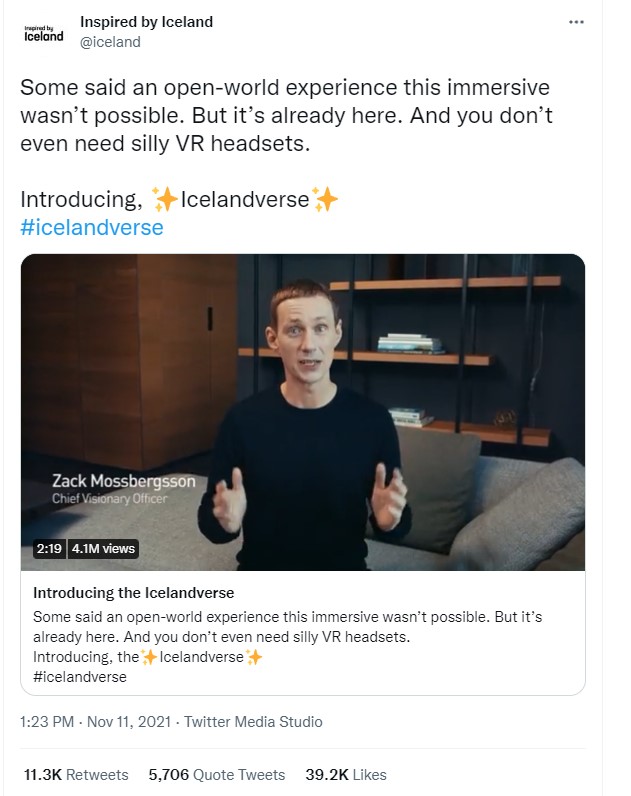 Perfectly timed, this campaign mocks Zuckerberg and Co’s Meta rebrand while hyperbolically encouraging people to explore the natural world around them and the great attractions that Iceland has to offer. It starts with an epic opener, “Today, I want to talk about a revolutionary approach on how to connect our world, without being super weird.” Now that’s a direct hit at the tech nerds if ever we’ve heard one.

Innovative, engaging, funny, highly relevant and with some of the most beautiful landscapes in the world as a backdrop, the ad is a brilliant example of modern tourism marketing. The video ad has enjoyed almost 2 million hits on YouTube in just a couple of months and has been organically picked up across multiple social media channels for its boldness. 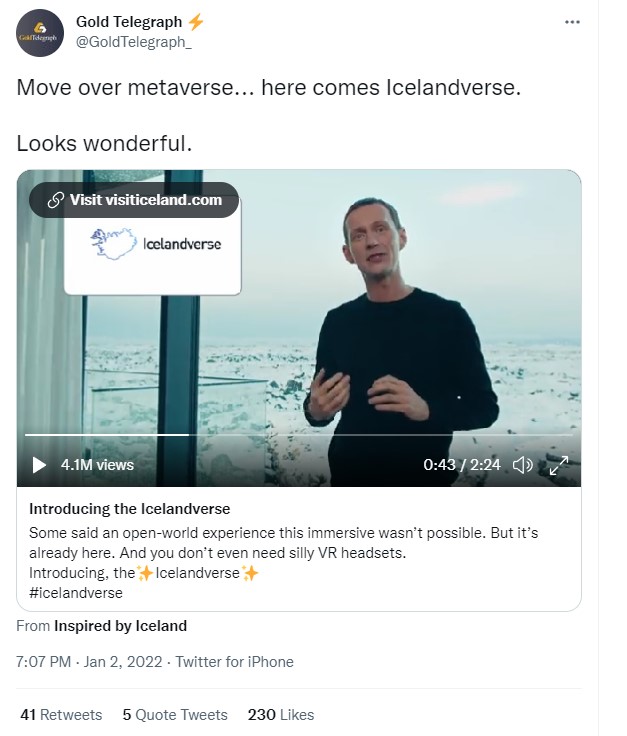 Top Tip: Look at what’s going on in the current climate and any trending topics that could inspire your campaign. Don’t be afraid to be controversial if it suits the needs of your brand. But remember to never deliberately offend, abuse, persecute or ostracise groups of people.

It’s also worth noting how important awesome visuals are. Crystal clear, vibrant and emotive photographs/clips that have been carefully selected to reflect your marketing purposes are much more appealing than a blurred, rushed or confused effort.

Despite a few turnover hits and a significant shift to e-commerce which has taken a bite out of profits, fast-fashion retailer H&M has not shied away from creativity. In fact, they’ve made moves to align themselves with Gen-Z, an audience longing for companies to care and respect their values – particularly when it comes to social and environmental issues.

The company’s 2021 ONE/SECOND/SUIT rental program, which allows participants to rent a suit for 24-hours so they can head to an interview in style, highlighted a new angle for the brand. It showed support for young male professionals looking to re-enter the workforce, and reminded those heading back to offices that they were not alone.

While the sustainability aspect of suit rental tapped into Gen-Z’s demands for improved corporate social responsibility, the rental aspect also provided shoppers with the chance to prepare for interviews and improve their professional image affordably. Considering that the oldest members of Gen-Z are now in their 20s, with many looking to make serious career moves, H&M’s business model was undoubtedly logical.

So what did they do to make their marketing stand out?

Firstly, H&M cleverly laid out a potentially problematic scenario, with their product being a solution. This is a tried and tested advertising technique which helps brands to be as relevant as possible. The line, ‘A first impression is made in less than one second’ appears in white font on a black background during the start of the video marketing campaign. This is followed by an inspirational video montage which shows a diverse selection of young men, individually building confidence before a job interview. An H&M suit in their respective bedrooms is the hero of the film with the words ‘Always Forward’ providing an inspiring end to the short film and aligning with consumer goals of self-improvement.

H&M also created short video clips for social media purposes. While the content of each post matched the purpose of the campaign, the videos also wrapped with an accurate summary of what was on offer. Don’t forget your clear messaging and strong calls to action so that people have no doubt what your campaign is about. 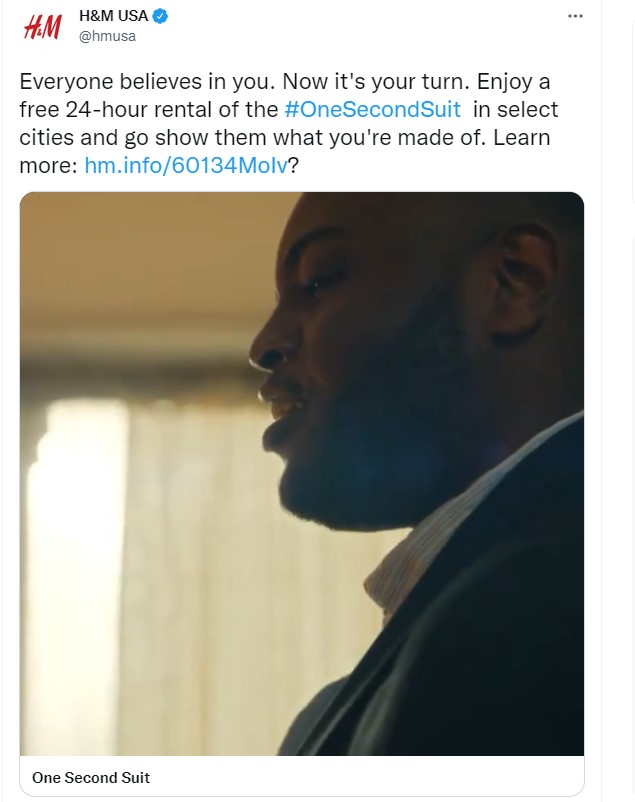 Top Tip: Creativity is all about new ideas, so think about what hasn’t been done before that your audience might want. Following a successful rental trial in Europe, H&M launched it first-ever rental service in the US as a sustainable alternative. One of the best ways to really know and understand your audience is to create consumer persona which looks at the age, sex, income, hobbies, lifestyle, relationship status, homeowner status and so on of your target marketing. Once you get deep into the minds of the people you want to sell to, new ideas will start to arise.

When it comes to knowing your audience, it’s also important to represent your demographic fully. H&M hit the nail on the head by featuring Gen-Z men in their suit hire ads, focussing heavily on diversity. You want people to see themselves in what you’re promoting as this will encourage them to take the next step and invest in your business model.

Let’s look at another example briefly to emphasise this point. If you’re selling plus sized clothes, the last thing you want to be doing is showcasing size 8-10 models that you audience can’t relate to as this shows a disconnect between consumer and brand. Like H&M, Snag Tights is another brand who takes care to match their marketing visuals with their creative ideas. Dedicated to being wonderfully inclusive and creating clothes that actually fit all body shapes, their marketing features bodies of all different shapes and sizes. 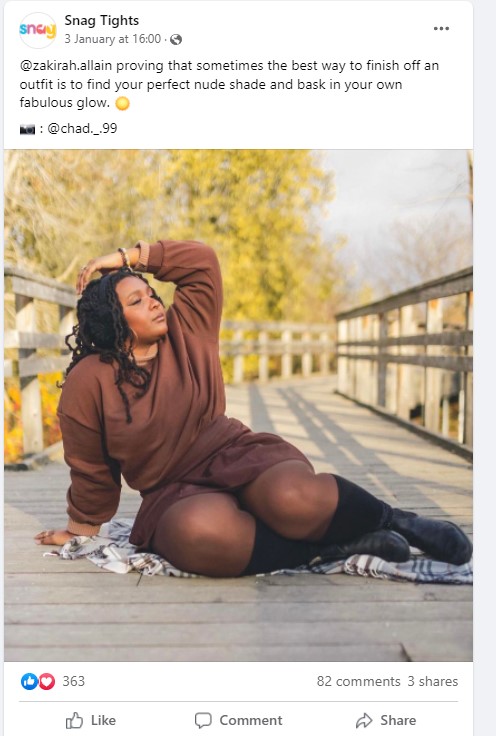 Enjoyed reading the Best Creative Marketing Campaigns to Inspire Your Year? Go ahead and hit share. Over to you. What are you favourite creative marketing campaigns to-date?  Wishing you all a creative and happy year ahead!