Wow 2020, thanks for that. Social marketers have been left to rejig budgets, calm CEOs on the edge and manage even more platform updates than ever, it’s been a tough ride. But as the year draws to a close it’s time to look at what might happen in the months ahead. So without further ado, here’s my 7 social media predictions for 2021.

I like to buy online. A lot. And I’m not alone. According to research by ParcelHero, online shopping has become an increasingly sociable activity. Almost 30% of Millennials and one in four Gen Z have bought an item online during lockdown that they first saw on social media. While 16% of UK consumers had purchased items via social media at the beginning of the year, that figure rose to 20% in lockdown with ParcelHero adding that by the end of 2020, nearly 11 million British shoppers will have splashed the cash after first seeing a product on social media.

It’s the same story in the US, with 300 million people expected to embrace online shopping by 2023. That’s 91% of the entire country’s population with trends like Instagram Checkout driving a social spending surge in particular. In fact, it’s estimated that the new Instagram Checkout feature (currently available to US businesses only) has the capacity to generate $10 billion in venue by 2021. That’s huge!

Watch this space! Instagram Checkout is likely to roll out across the UK and Europe soon enough and when it does, you’ve got to be ready. After all, it’s a one-stop shop to get people engaging with your brand while boosting sales. You won’t even have to redirect them to a sales landing page anymore.

And it’s not just Instagram making waves in the social shopping sphere. 2020 also saw the rollout of Facebook Shops brought forward allowing nearly a million businesses in the UK and around the world to set up a single online store to sell products, with no fee, on Facebook and Instagram. The Shop Builder also allows you to customise the layout and style of your shop. You can remove product lines or even show new collections at the top!

Citi analyst Jason Bazinet states that if Facebook could capture roughly 2% of global e-commerce revenue by 2023, the company could see some $7 bullion in incremental net income from Shops, based on Amazon’s ad revenue rates and Facebook’s 5% fee on sales.

Newsflash: With high street giants falling into administration, could social buying become the new norm in 2021? It’s not such a farfetched idea, right?

Well, what can I say? Social media in 2021 looks set to become heavily policed with December resulting in Facebook banning posts from anti-vaxx conspiracy theorists. You can read more about this here. But, in short, the social media giant will be monitoring for what they call ‘misinformation’ in a bid to stop the spread of ‘false news’ and fearmongering. Any information that has been debunked by public health experts will be removed both from Facebook’s main app and Instagram. Facebook said in an announcement:

“We will remove false clams that COVID-19 vaccines contain microchips, or anything else that isn’t on the official vaccine ingredient list.” It added that they will also remove comments about the COVID-19 vaccines that have been deemed false, such as that specific populations are being forced to test the vaccine against their will. This, added to the alarming rise in cancel culture (deleting or banning people on social media if you disagree with them), is not in my opinion, a positive move.

It’s a similar atmosphere over on Twitter with the platform banning so-called conspiracy theorist David Icke over “misinformation”. Now, is this censorship a form of protection, or are we entering a terrifying era of ‘policed social media’ that’ll just get worse as we head into 2021 and beyond? Freedom of speech is being questioned, nonetheless. And it doesn’t feel overly comfortable.

Newsflash: As mainstream social media gets rule happy will we see more independent social media sites pop up across the web? We’ve already got the likes of Caffeine promoting Live streaming as well as Houseparty which allows group video chats. Will thought policing from the top dogs push more people into private discussions elsewhere?

Enough already! The world’s gone ‘Story’ mad! But do we need a Stories element on all channels? I’m willing to say no. But first, some stats.

The Stories feature on YouTube is also currently in beta testing and is available to all eligible channels with over 10,000 subscribers. So what’s next, TikTok Stories? We’re likely to see a lot more Story content in 2021 and that’s fine so long as it’s engaging. There are many great examples from brands on Instagram. For example, Sephora regularly uses interactive stickers and polls to generate valuable consumer feedback while showcasing new products.

So what’s my issue with a Stories overload? Well having Stories on Every. Single. Channel requires more creativity and a heftier brand budget. Why? Because posting the same content across channels is boring and pretty useless as it doesn’t give followers a good reason to check out each of your accounts. If they’ve seen something on Instagram, why should they view it again on Facebook? Account features need to remain unique in order for marketers to make each of their channels stand out! My advice is to have a content and social media strategy and stick to it. Don’t feel pressured to be everywhere.

We’ve been waiting and waiting and waiting for that edit button. It seems like a simple site tweak, right? But apparently, it’s a lot more complicated than first thought. According to Twitter CEO Jack Dorsey: “The reason there’s no edit button, there hasn’t been an edit button traditionally, is we started as a SMS text messaging service. So as you all know, when you send a text, you can’t really take it back. We wanted to preserve that vibe and that feeling in the early days.”He even continued to say they’d “probably never do it” but I’m forever an optimist. Twitter, if you’re reading my LinkedIn, please give us that 30-second window for editing that you discussed some years ago. It’s only 30 seconds and it’ll make our lives better.

I’m feeling bold. Yes, this is quite a statement, but it is possible considering TikTok’s lockdown surge. According to Bloomberg, a quarter of all Britons now use TikTok every month. With 17 million hardcore users spending over an hour a day on the app, some may even look for ways to buy tiktok followers in order to reach a wider audience. The growth is equivalent to a UK contingent that is almost half as large as Facebook’s yet has been assembled in just three years.

TikTok’s burgeoning reach across western Europe is reflected in France which now counts 11m users, also logging in for an hour per day on average. Neighboring countries have also witnessed an explosion in interest with Germany, Spain, and Italy drawing 10.7 million, 9.8 million, and 8.8 million users, respectively. According to recent industry measurements, the video-sharing app TikTok has over 20.33 million daily active users via Android devices worldwide. Instagram, however, had 500 million active daily users so there’s still some way to go. 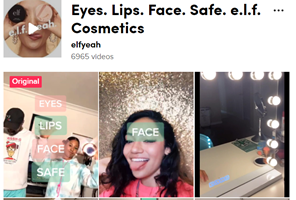 Follow me on Tiktok for poetry, writers problems and literature vids here. 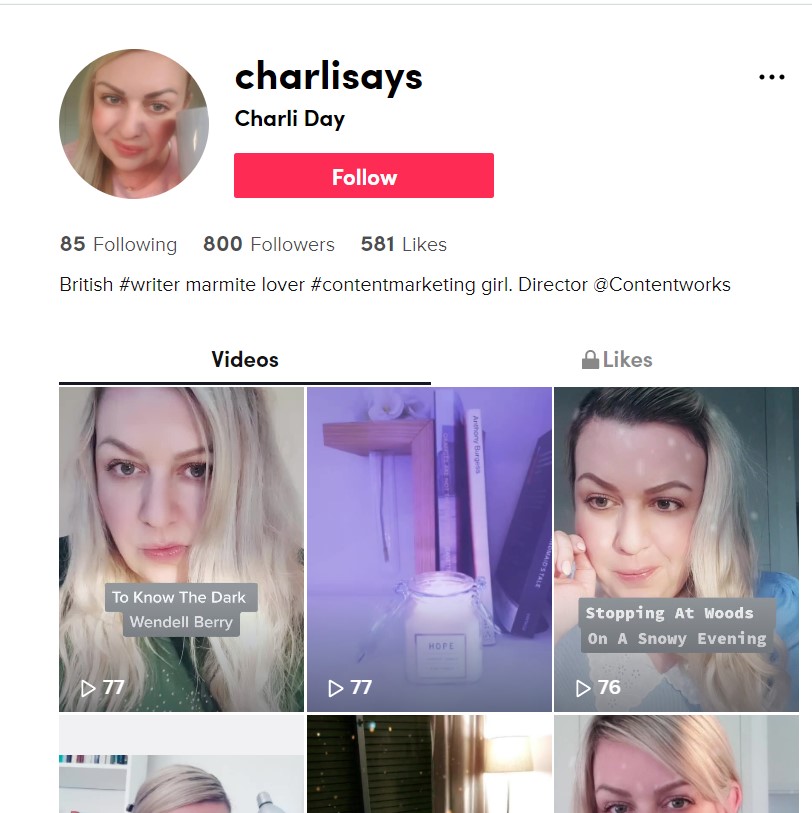 Nostalgia has always been a powerful force in marketing and its potency doesn’t seem to be waning. The hope is that warm, comforting feelings about the past will help make people feel better about the daunting present and uncertain future. Particularly now. COVID-19 has somewhat filled people with dread which is why I think more and more brands will go to the ‘safe place’ of their consumers and focus on much-loved memories of the past.

Nostalgia marketing is the advertising equivalent of a steaming big mug of your favourite soup on a cold day. SEGA, for instance, regularly takes followers back to a simpler gaming time with retro images of old games posted to Twitter. 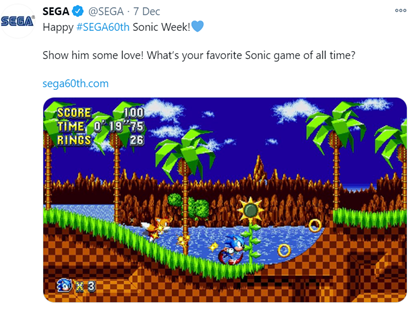 Corporate social responsibility (CSR) is huge. In fact, data suggests 84% of consumers say a poor environmental track record would or might cause them to stop buying from a brand while nearly half are willing to pay a premium for social-conscious or environmentally-friendly brands. If an organization doesn’t look toward waste reduction, clean water programs, or other environmentally-friendly opportunities, they are missing out on the entire market group of consumers who prefer to buy from socially responsible companies that align with their values. This translates to lost revenue.

Marketing is no longer about flashy advertising banners and forceful sales techniques. It’s about building an authentic brand people can relate to which is why social responsibility looks set to grow in importance over the coming year, particularly on social platforms.

A good example of CSR came from All Good Products. This brand is especially known for their reef-friendly sunscreen and provides a sold CSR model with their Reef Pledge. In 2016, founder, Caroline got to work searching for reef friendly alternatives and found there was a huge need for more credible, non-toxic suncare products. They also give one percent of our annual sales to important global causes including POW, Outside Now, Conservation Alliance, Sustainable Coastlines, Kokua Foundation, Kohala Foundation, Na Kama Kai, United Plant Savers, Pacific Whale Foundation, and Ecologistics.

What are your social media predictions for 2021? And which will you be embracing? Tweet me @Charli_Says and let me know.