The English philosopher John Stuart Mill coined the term ‘Dystopia’, meaning ‘bad place’, in 1868 as he was denouncing the government’s Irish land policy. He was inspired by Sir Thomas More (1477-1535) who was the first to write of a ‘Utopia’ – a perfect, imaginary world. There has since been a host of dystopian literature that depicts a frightening society or community with politics often entwined into the story.

So, in light of World Author Day on 1 November 2020, I’m putting the spotlight on 10 dystopian authors and their relevance to 2020. Need some inspiration for your next book purchase? Read on. 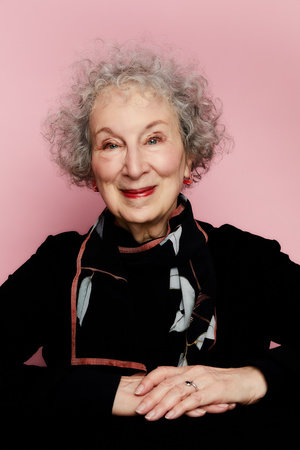 “Once you’ve been intrigued by a literary form, you always have a secret yen to write an example of it yourself.”

This is what Margaret Atwood wrote in an essay for LitHub before writing one of the most famous dystopian novels of all time – The Handmaid’s Tale.

Atwood’s novel, published in 1986, offers a strongly feminist version of dystopia. It explores the reversal of women’s rights portraying a society where females are not only forbidden from voting but are also not allowed to read or write. The novel was penned shortly after the elections of Ronal Reagan in the U.S. and Margaret Thatcher in Great Britain. This was a period of conservative revival in the West, partly fuelled by a strong, well-organised movement of religious conservatives who disapproved of the ‘sexual revolution’ which took place in the 1960s and 1970s.

Atwood’s novel also paints a picture of a world undone by pollution and infertility, reflecting the 1980s fears about declining birth-rates, the dangers of nuclear power and environmental degradation. The Testaments was written as a sequel to The Handmaid’s Tale and while this also takes place in Atwood’s famous dystopia, Gilead, the novel is more thrilling and escapist than its predecessor. More recently, #AuntLydia was trending in response to the appointment of Amy Coney Barrett to Fill Ginsburg’s Seat on the Supreme Court. The controversial figure will replace Justice Ruth Bader Ginsburg,

Margaret Atwood was a huge fan of George Orwell, having read his dystopian novel Animal Farm at the age of nine. Speaking about this historic piece of literate, Atwood said:

“It was lying around the house, and I mistook it for a book about talking animals. I knew nothing about the kind of politics in the book – the child’s version of politics then, just after the war, consisted of the simple notion that Hitler was bad but dead. To say that I was horrified by this book would be an understatement. The fate of the farm animals was so grim, the pigs were so mean and mendacious and treacherous, the sheep were so stupid. Children have a keen sense of injustice, and this was the thing that upset me the most: the pigs were so unjust.”

And indeed, Animal Farm first published in 1945 is a dystopian satire; a political fable based on the events of Russia’s Bolshevik revolution and the betrayal of the cause by Joseph Stalin.

George Orwell’s 1984 is also a defining example of dystopian fiction in that it envisions a future where society is in decline. Totalitarianism has created vast inequities and innate weakness of human nature keep the characters in a state of conflict and unhappiness.

Aldous Huxley was fascinated by both science and satire, combining both to pen the dystopian scenes of his 1932 novel Brave New World. On the surface, Brave New World portrays a utopian society where people live happily and peacefully.

However, look deeper and it’s clear that Huxley implicitly satirises the idea of utopias. While the residents of World State are ‘happy’ they also lead meaningless lives with the drug Soma used to keep citizens compliant. This indicates that, indeed, utopia is but an artificial state that needs constant maintenance, as if humans were left to their own devices there would be war and misery.

Huxley’s Brave New World has been a source of fascination for years. While universal happiness seems utopian, is it worth the disturbing steps necessary to achieve it?

Christina Dalcher’s VOX shares harrowing similarities with The Handmaid’s tale when it comes to dystopian female repression. Set in America where half the population has been silenced, the female half to be clear.

VOX is the gripping, unforgettable story of what one woman will do to protect herself and her daughter. When the government decrees that women are no longer allowed to speak more than 100 words daily, Dr Jean McClellan is in denial – but this is just the beginning. Soon, women can no longer hold jobs. Girls can no longer be taught how to read or write. Females no longer have a voice.

A rhetoric that echoes staunch conservative values emerging in 2020, VOX is a chilling read. 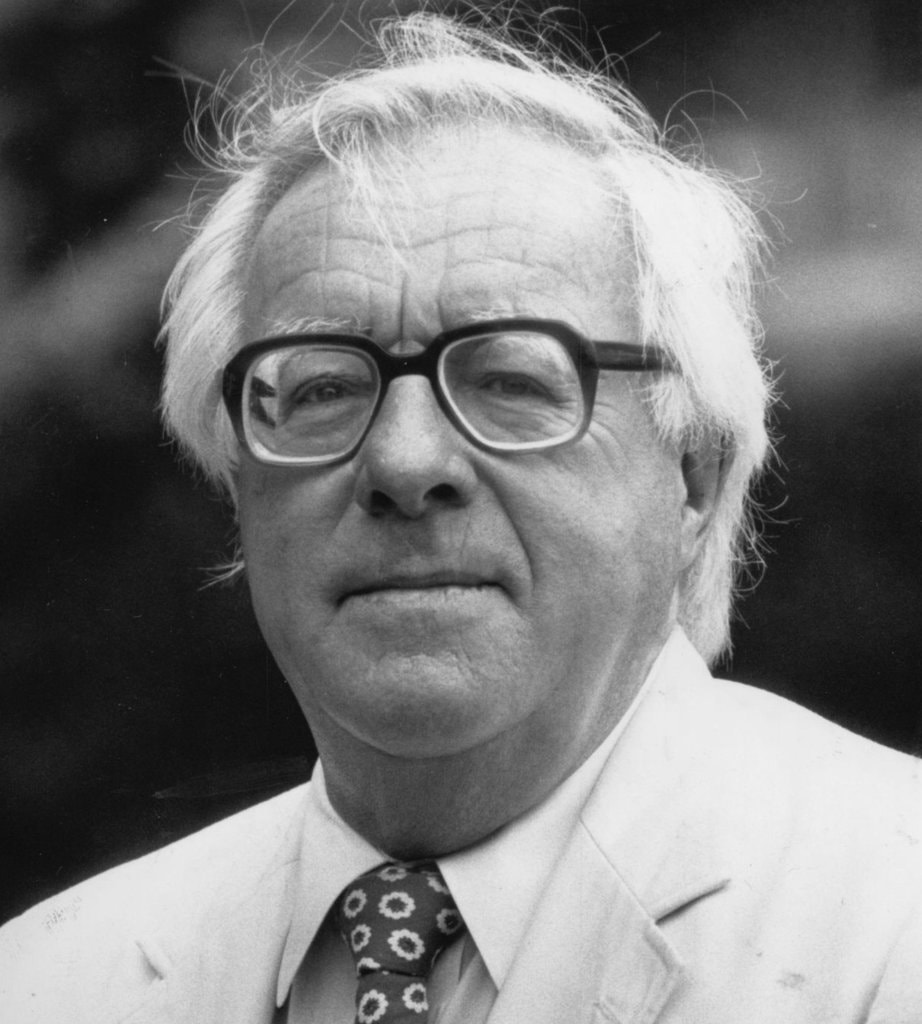 Ray Bradbury is known for his dystopian novel Fahrenheit 451, first published in 1953.

Regarded as one of his best works, Fahrenheit 451 presents a future American society where books are outlawed, and ‘firemen’ burn any that are found. In fireman Guy Montag’s world, television rules.

Literature is on the brink of extinction and firemen start fires rather than put them out.

Montag’s job is to destroy the printed book, which is deemed illegal, along with the houses in which they are hidden. Dictatorships have burnt books historically and still do.

Popular books that were burned by Nazis include A Farewell to Arms’ by Ernest Hemingway, ‘The Time Machine’ by H.G. Wells and ‘The Metamorphosis’ by Franz Kafka to name just a few. 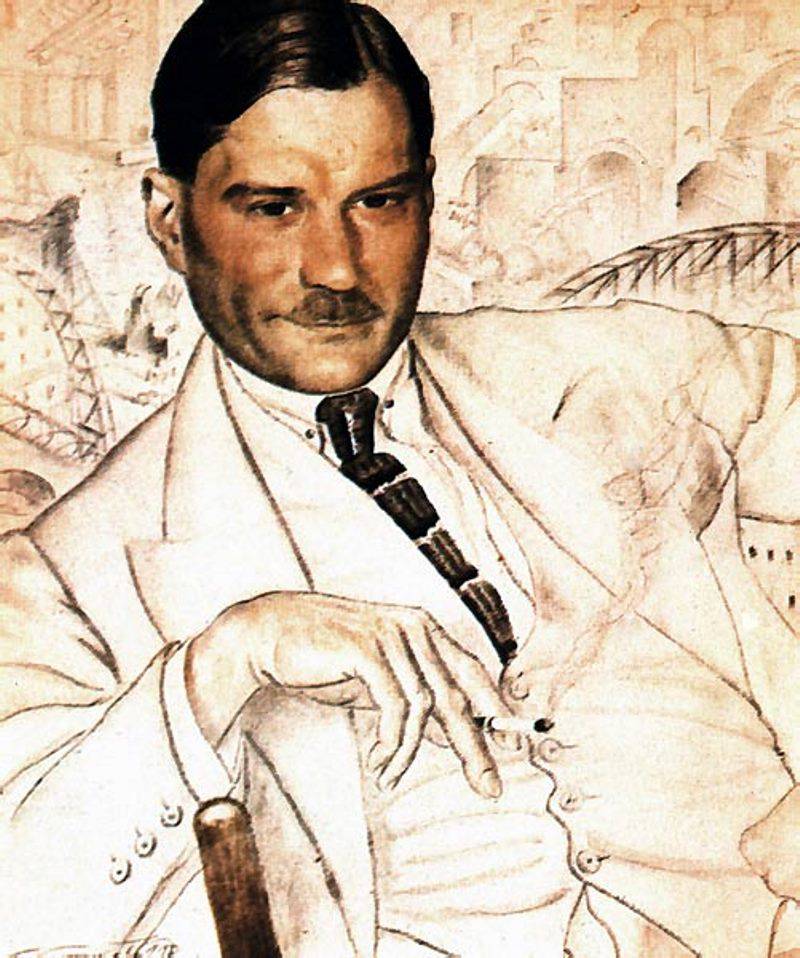 Yevgeny Zamiatin’s dystopian novel We was first released in 1924 and is often cited as the precursor to George Orwell’s 1984. It’s a first-person narrative written as a diary by D-503, a mathematician and builder of the Integral, a spaceship destined to travel to other planets to essentially terrorise the inhabitants who may still be living in the primitive condition of freedom.

A story of domination and control, We is based on forty diary entries which describe a futuristic society of the twenty-ninth century in which all citizens live in a single city-state called the One State under the authoritarian rule of the Benefactor and a secret police force known as the Guardians.

Sounding eerily like some of the news events from 2020?

I’ll leave that one there….

Emily St John Mandel creates a disturbingly believable vision of humanity all but wiped out by a flu pandemic – slightly uncomfortable considering the year 2020 turned out to be.

Her novel, Station Eleven, is unusually haunting for a post-apocalyptic novel. After most of humanity is wiped out by a flu pandemic, Mandel skips 20 years into the future meaning she doesn’t deal with the direct aftermath, but instead focuses on a dystopian world where an unusual amount of practicality is present as well as a piercing sense of nostalgia.

Well worth a read if you can bear the irony. 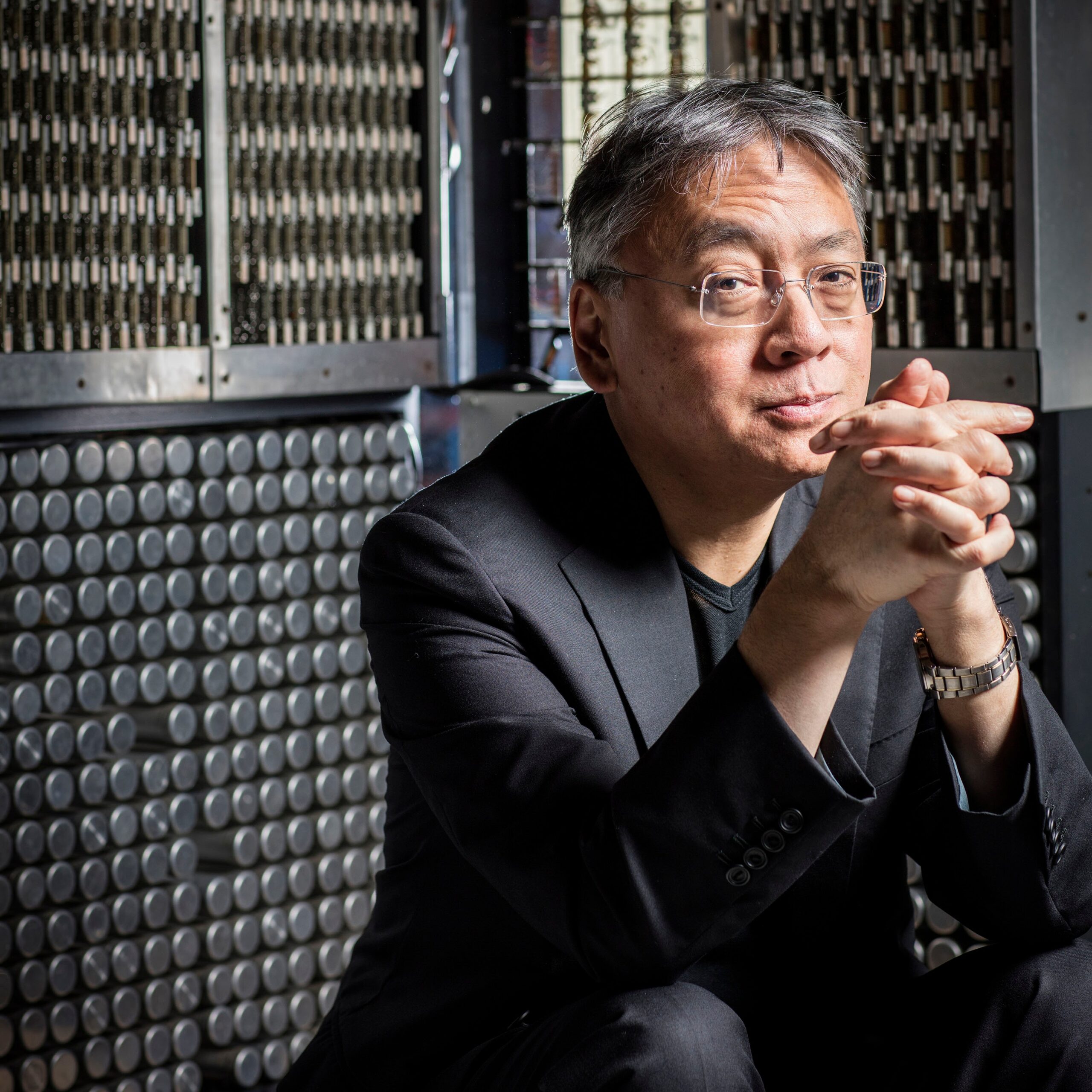 Kazuo Ishiguro is a Booker Prize-winning author well-known for penning popular tales such as The Remains of the Day and When we Were Orphans. His book Never Let Me Go, written in 2005, is a dystopian science fiction novel that breaks boundaries and delves into human arrogance and the morality around how we treat the vulnerable and different in our society.

Hailsham seems like a pleasant English boarding school, far from the influences of the city. Its students are well supported, trained in art and literature and are trained to be ideal world citizens. Yet ironically, they are taught nothing about the world outside the school and are allowed little contact with it.

When former schoolgirl, Kathy, leaves the institution as a young woman, it then becomes clear what Hailsham actually is. 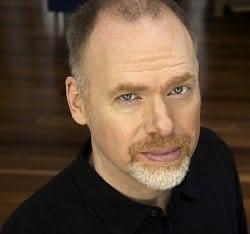 Scott Westerfeld’s 2005 science fiction novel Uglies is set in a dystopian world in which everyone is considered an ‘Ugly.’ At the age of 16, it’s considered socially acceptable to become Pretty via extreme cosmetic surgery, a right of passage believed to catapult individuals into a high-tech paradise where their only job is to have fun.

The story centres around teenager Tally Youngblood who rebels against society’s enforced conformity after her friends Shay and David show her the downside of becoming a Pretty. Will she risk never turning Pretty in a world that expects beauty?

This is aimed at a young audience at a time when social media and its filters has somewhat warped our concept of what beauty actually is. A scary vision of the future? Given the rise in teenagers requesting plastic surgery to give them the “Instagram filtered look” I would say so. 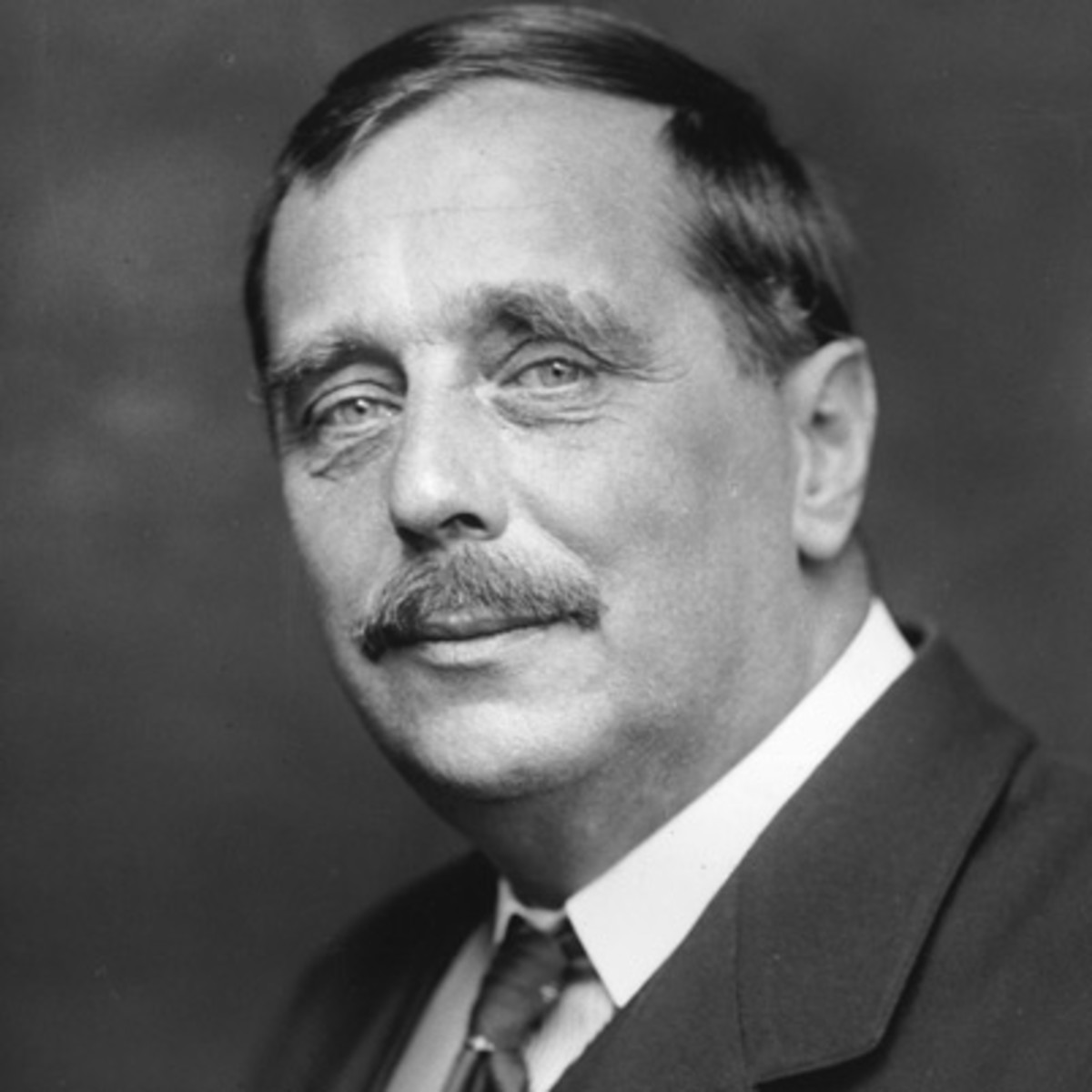 H. G. Wells was a socialist. His famous novel The Time Machine, published in 1895, starts off as a deceptive communist utopia that is ultimately revealed to be an exaggerated future vision of capitalist dystopia. At the time of his writing, industrialist capitalism had been going on for many years.

The Time Machine does what many good dystopian novels do best – it questions the future. When the time traveller ventures to the year 802,701, it’s clear the future is completely different than the current time he’s used to living in. There are nasty Morlocks and Eloi that are elegant but not intelligent.

The way these creatures live is troubling and he sees a future that’s dark and unpleasant.

Dystopia is all about the unknown and centres around a fearful state of what might actually become. The novelists mentioned are experts in their craft, producing gripping literature that keeps us on the edge of our seats. And they tap into our inner fears which is what makes them so intriguing. What will the future look like? Could we fall into disarray? Are we so easy to control? With increasing speculation surrounding the pandemic, has dystopian literature become even more real of late?