The Dark Truths Behind Fairy Tales

Are you sitting comfortably? Don’t. Fairy-tales look sweet and innocent. What’s not to love about princesses, magic and love at first sight? But, scratch beneath the surface and there’s usually a much more sinister side to the stories. So, in light of #tellafairytaleday on 26th February, I’m looking at the dark truths behind fairytales.

Once upon a time… let’s take a look at fairy-tale origins and why they’re so important today.

Firstly, fairy-tales have been around for years. Centuries in fact. According to Durham University anthropologist Dr Jamie Tehrani, Jack and the Beanstalk has been rooted to a group of stories classified as The Boy Who Stole Ogre’s Treasure. This has been traced back to when Eastern and Western Indo-European languages split more than 5,000 years ago. Analysis also shows that Beauty and the Beast and Rumpelstiltskin are around 4,000 years old while another folk tale called The Smith and The Devil, about a blacksmith who sells his soul to the Devil, dates back to the Bronze Age. 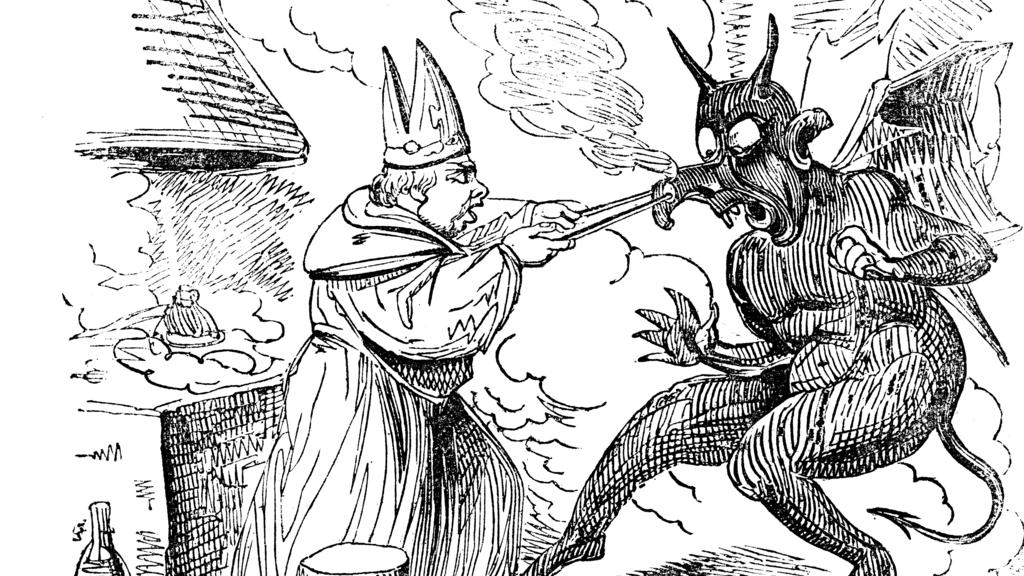 Fairy-tales originate from the oral tradition of storytelling. They’ve been closely associated with ‘everyday’ people rather than the ‘elite’ and are an accumulated wisdom of the past. In other words, they reflect our history and culture, our fears and our dreams. And it’s this which makes them so impactful. While reporting from an imaginary territory and given a magical, fantastical twist, fairy-tales evoke relatable emotion such as love, fear, anger, lust, loneliness, wonderment and jealousy. Recurrent characters and familiar motifs also make the fairy-tale format repetitive and memorable which is why they’re popular with kids.

They Teach Children (And Adults) About Life

According to child psychologist Sally Goddard Blyth, director of The Institute for Neuro-Physiological Psychology, fairytales can teach children a lot about life as they give us key imaginary experiences that shape us throughout our lives. She states:

“Fairy-tales are important, not because they show children how life is, but because they give a form to deep fears and dreams about life through fantasy. The important thing to remember is that children take on these stories at the developmental level they are capable of. In fairy-tales, it’s always clear that this isn’t the real world. The characters might be unfamiliar to the child but the problems and the feelings that are dealt with are themselves often very true to life. Fairy-tales give children a way, through stories that are safely set apart from themselves, to understand some of the really confusing and difficult feeling that they can’t yet articulate for themselves.”

Makes sense, right? The simplistic black and white, good versus bad narrative makes children feel less anxious and helps them deal with uncertainty. So, even if the hero or heroine at the centre of the tale experiences difficulties or hardships along the way, Children can feel confident that they’re going in the right direction. Goldilocks doesn’t get eaten by the bears, for example. And Snow White’s heart isn’t taken (in the Disney version).

Also, fairy tales offer children a safe way to understand that not everyone in life is nice and that everything won’t necessarily be easy – an important lesson for all ages. So all thing considered. Where do fairy-tales start to take a more sinister twist?

The Sinister Side to Fairy-Tales

There’s witches and trolls, imps and dragons. There’s wolves, beasts and evil stepmothers too. Original versions of stories like Rapunzel, Little Red Riding Hood and Cinderella are more violent and overtly sexual than later versions. Many of the stories we read today have been greatly toned down so as to be deemed ‘respectable’ and suitable for a young audience. Essentially, we’ve got slightly more ‘PC.’

Did you know that in the original version of Rapunzel, published in 1812, a prince impregnates the title character after the two spend many days together living in ‘joy and pleasure’ and that Sleeping Beauty’s roots lie in a story of rape? 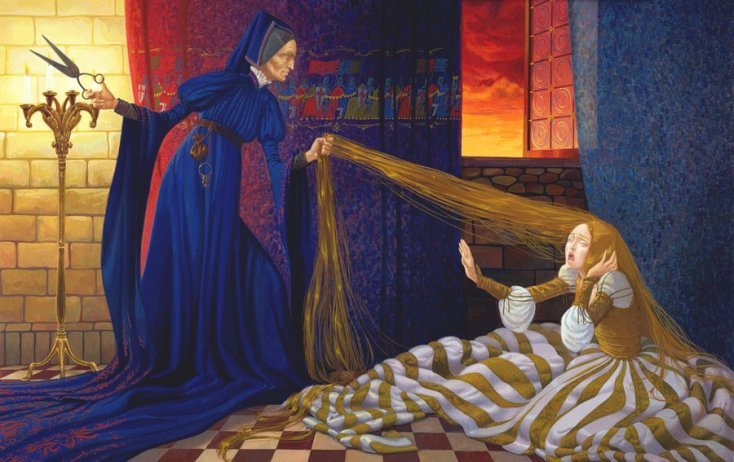 Yes indeed. Such stories were taken up again, made more respectable and added to by the Brothers Grimm in Germany. But it’s fair to say that even the Grimm versions were hardly child appropriate. In later editions of their work, the Grimm Brothers actually ramped up the violence. In The Robber Bridegroom, bandits drag a maiden into their underground hideout, force her to drink wine until her heart bursts, rip off her clothes and then hack her body into pieces. And in Cinderella, the evil stepsisters cut off their toes and heels trying to make the slipper fit and later have their eyes pecked out by doves. So much for doves being a symbol of peace, huh?

While you wouldn’t find such in-your-face violence from a Disney remake, some of today’s most popular fairy-tales still have a darker underbelly. Let’s check out some examples:

Beauty and the Beast – A Story of Abuse 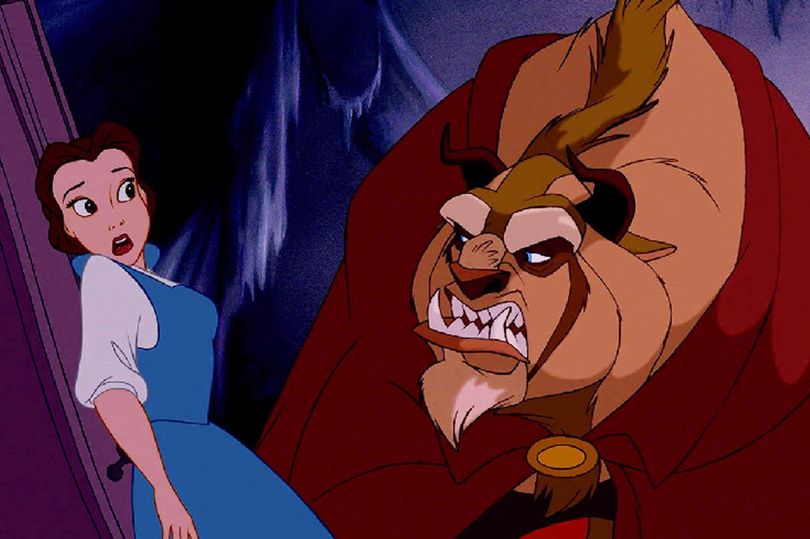 Let’s look at the 1991 Disney animated version of Beauty and the Beast. There are lots of positives to take from this story. For example, love is more than skin deep. If Gaston was on Tinder, he might get a date or two because of his good looks but he’s also likely to be pushed into a few more puddles because of his misogynistic personality.

What’s more, the heroine is forthright, intelligent and strong-willed. She’s a far cry from the modern day Sleeping Beauty who is, let’s face it, happy to wake up and marry the first guy she sees. Belle’s obsession with books sets her apart as a strong protagonist and reminds young girls not to follow the crowd or fall into stereotypical roles. So far, so good.

But here’s the downside. Belle is held captive against her will by the Beast and yet ends up falling in love with him over time. This has many similarities to a condition known as Stockholm Syndrome, a psychological response which occurs when hostages end up bonding with their captors or abusers. It also seems to show how victims sometimes confuse controlling, domineering behaviour for love and care. Can this be seen as normalising signs of abuse to young readers? Possibly, yes. Remember, the Beast also prevents Belle from seeing her family, essentially cutting her off from those who love her in order to assert his authority. If this happens in a relationship, it’s abuse.

Snow White and Sleeping Beauty – A Question of Consent 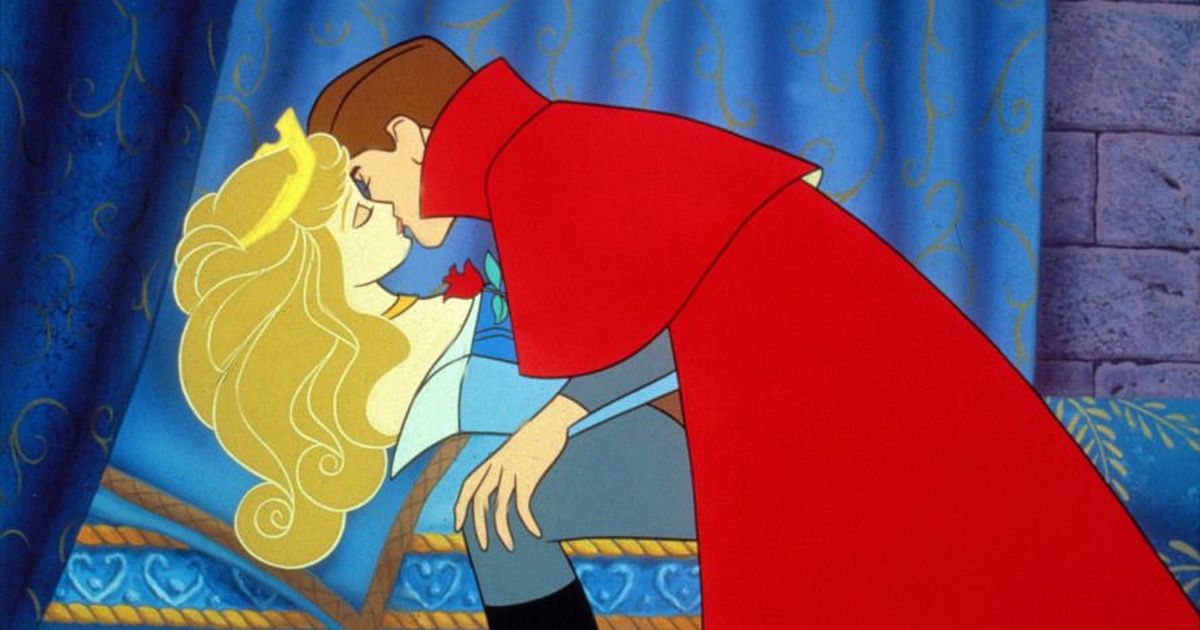 Both Snow White, published by Brothers Grimm in 1812 and Sleeping Beauty, a folktale from the Medieval era, pose questions about consent. They both feature a famous kiss that brings the princess back to life. This might sound romantic. But considering the princesses are unconscious when the kiss happens, there are a few questions that need to be asked. Especially in light of the #MeToo movement of recent year which has brought consent firmly into the light. Firstly, why did both of the princes kiss a sleeping female? Bit weird, no? How can that be OK on any level? Secondly, why were the females happy about this? Pretty sure that most women would not be thrilled to wake up and see a stranger kissing them, no matter how attractive they are.

In fairy-tales such as these, the value of women is often placed on how beautiful they are. In most fairy-tales, the protagonist is so thin, like she hasn’t seen a cake in her life. In contrast, evil characters such as the Ugly Stepsisters tend to be ugly, jealous or crippled in some kind of way, with warts and a higher BMI! Is this really a good message for young girls? And boys for that matter. The fashion industry has evolved considerably in recent years, with major fashion brands normalising different body sizes and featuring many more ethnicities. Is this something we’ll start to see more of as the portrayal of fairy-tales progresses?

Little Red Riding Hood dates back to the 10th century and is still popular today for good reason. It’s a classic cautionary tale in that it warns children that bad people exist, and they must do as they’re told to stay out of trouble. Little Red Riding Hood tells the story of a young girl who ignores her mother’s instructions to stay on the path when delivering food to her sick grandmother. Instead, she strays into the woods and meets the wolf instead.

Specifically, the fairytale warns women that there are bad men out there. This transcends to modern dating. For example, go where you are saying on a first day (to a pub) and not anywhere else (to the man’s house). When Little Red Riding Hood talks about her grandmother’s features being different, the warning is for readers to trust their instincts when people appear dangerous. Children are very much still victims of predators and therefore Little Red Riding Hood serves as a stark warning to be careful. If something doesn’t feel right, it probably isn’t. We could also talk about red being a traditional colour for promiscuity or even demonic forces. this certainly plays a role in the tale.

Pinocchio – Where Do I Even Start? 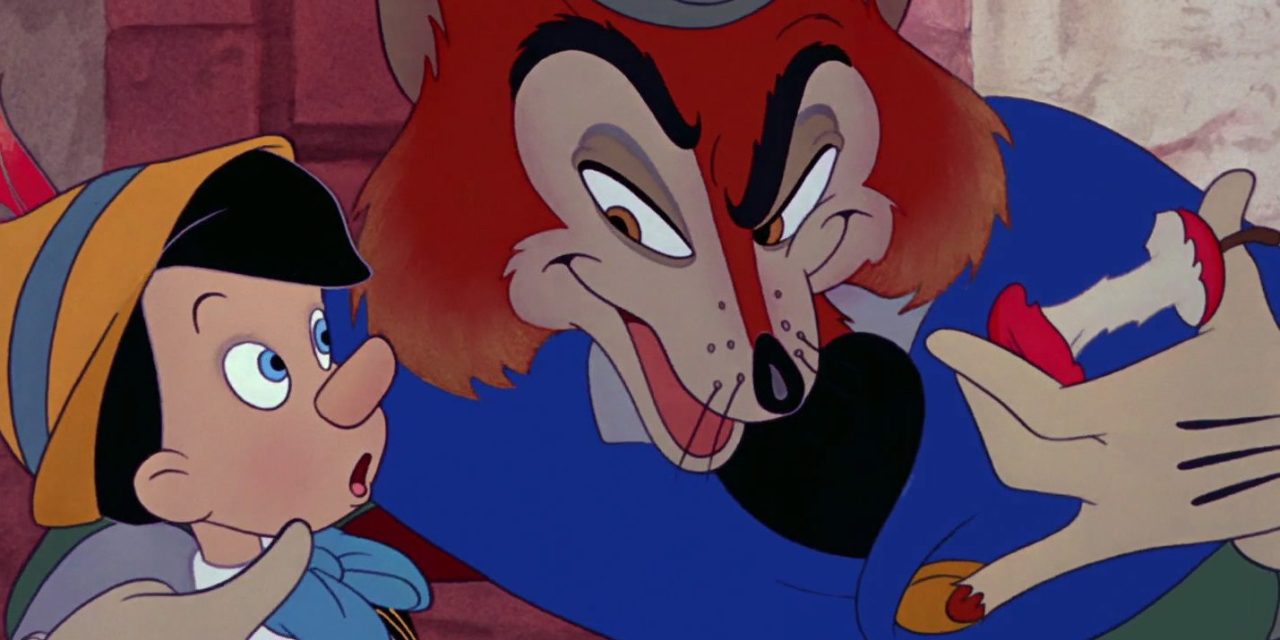 In light of recent child exploitation and child trafficking issues, Pinocchio certainly takes on a darker meaning. Pinocchio is essentially lured to Pleasure Island with free alcohol, cigarettes, ice cream and fight clubs. This has very clear ‘grooming’ elements since they’re rounded up by much older men and shares similarities to child trafficking cases.

It’s also said there’s no risk associated with Pleasure Island as “They never come back. As Boys.” Sorry, what? Of course, in the movie, this is referring to the fact that the children turn into donkeys. But there could be a much darker issue surrounding paedophilia and the taking away of childhood innocence.

It may not surprise you to know that the original Italian version of Pinocchio, Le Avventure di Pinocchio written by Carlo Collodi, was too scary for kids. Some say he was influenced by the Grimm brothers, but the story essentially ends with Pinocchio being hanged for his misdeeds. Nice!

Storytelling has evolved considerably throughout the years and has been tweaked to be more appropriate for a younger audience. You wouldn’t open up a kid’s book today to find a tale of murder and pillage. Not in such obvious terms anyway. That said, storytelling is still used to connect and unite us as a human race. It helps us to respect our past and learn about our culture.

It’s also a popular way for brands to evoke audience emotions. Love, trust, happiness…. these are powerful emotions. Customers want a reason to spend their hard-earned money with a specific company and storytelling draws in an audience. Popular story-telling approaches include:

M&M’s does the latter very well by personifying each of their coloured sweets and using animation to help us feel connected to what they’re offering. By turning their sweets into characters, they can get creative with content and develop different personalities and plotlines for all of them. This is a fun and clever way to populate social media channels and make their brand stand out from the crowd. 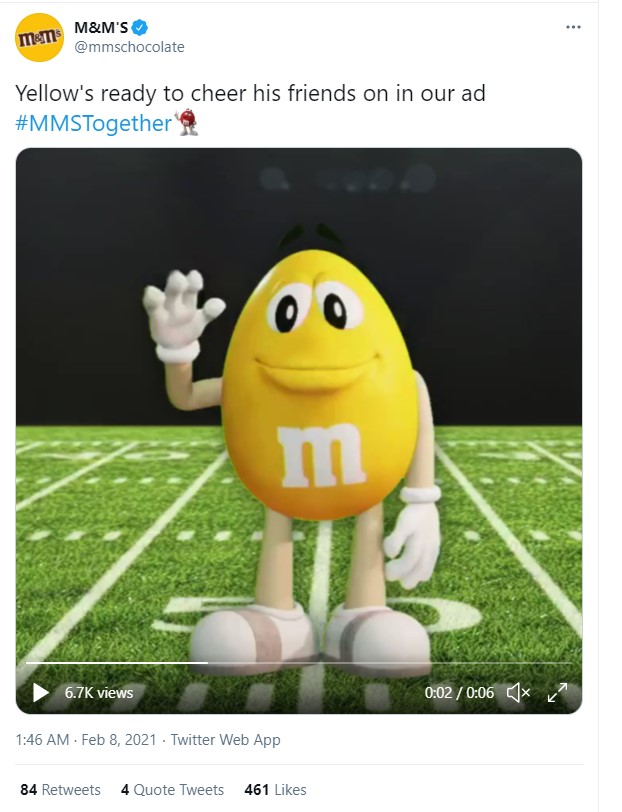 We recently delved into Storytelling over at Contentworks Agency – check it out here. As a Creative Director, I understand the importance of storytelling and how brands can use it to their advantage. I’m also a big fan of crafting stories that work seamlessly with today’s social media landscape. Want to talk storytelling or simply tweet me the dark side of your favourite fairy-tale? Tweet me @Charli_Says