Marketing Buzzwords to Banish in 2020

If you want to ‘ideate’ or ‘disrupt’, pour yourself another cup of coffee and reset your thinking process. Marketing buzzwords might sound cool or flashy. But in reality, the majority are just over fancy, over complicated expressions which can have your whole team rolling their eyes. So yes, I’ve said it, some marketing buzzwords do annoy me. Here are the ones I want to banish in 2020.

How do marketing buzzwords originate and evolve?

Marketing buzzwords are typically short and easy to understand. But they’re often based on much more in-depth theories and technical terms. Take FOMO, for instance. This is a four-letter acronym based on the Fear of Missing Out. This seems simple on the surface and can help streamline your marketing strategy but peel back the layers and you start to address the very core of human psychology, interaction, thoughts and relationships.

Buzzwords also evolve. FOMO was first coined by Patrick J McGinnis who made it popular in 2004. And yet it was only added to the Oxford English Dictionary in 2013. It’s thought that social media usage has made us increasingly aware of the FOMO concept with companies doing everything they can to capitalise on the FOMO marketing trend. 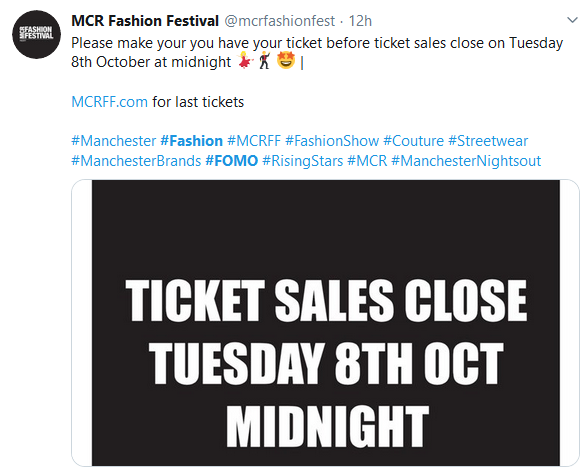 FOMO, based on real-life human emotions, has also evolved into JOMO, the ‘Joy of Missing Out.’ Switching FOMO to JOMO is becoming increasingly popular. But this also goes to show how buzzwords can slowly get out of control if no-one simply says, “enough.” When will it all stop?

*Drinks a latte and feels much calmer. *  Okay, let’s continue.

Buzzwords have benefits, such as putting everyone on the same page. They’re also good for getting to the point quickly especially when used among people with industry knowledge. That said; they can also make you want to scream into your coffee mug.

So, with this in mind, here are marketing buzzwords that should be banished in 2020.

If whenever you hear this phrase you want to shut and seal the lid of that box and be posted to a foreign country – you’re not alone. It’s supposed to encourage creativity, but if you’re a marketing professional doing what you love, this should already be a given. Right? And what box? Was I ever in it? Arrggghhhh

“Make it viral” says the CEO, nonchalantly swigging tea. Sorry, but a 20-minute video of you reading a presentation won’t go viral. Unless by ‘viral’ you mean a sickness outbreak among viewers. Then maybe. Viral ideas require careful thought and more often than not, viral campaigns happen completely unexpectedly.

If you do want to embrace the whole viral concept, here are some useful tips:

When it comes to viral marketing, often simple ideas are the most effective. This was shown when a picture of an egg was posted to Instagram at the start of the year. The idea was for it to become the most-popular post of all time, breaking the record set by Kylie Jenner – and it worked. While Jenner’s first post of her baby Stormi Webster had 18 million likes as of January, the egg overtook at a rapid rate eventually securing 53 million likes, 3 million comments and 10 million subscribers. 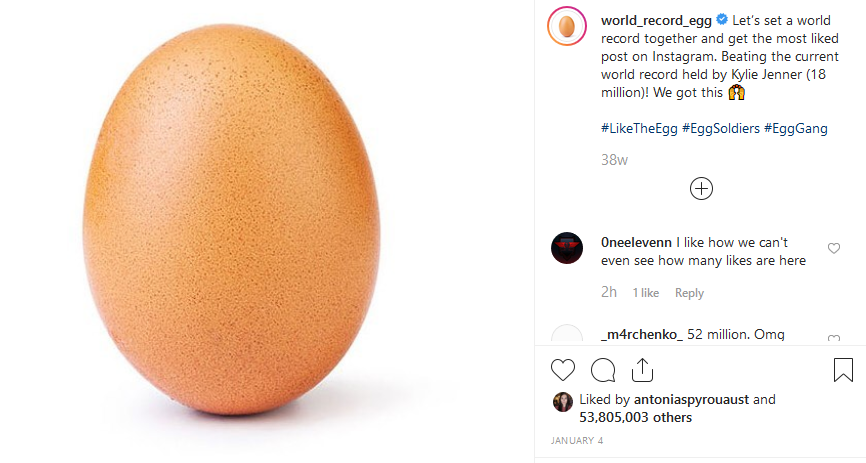 Anything that goes against the grain or breaks from tradition is now referred to as ‘disruptive.’ From new crypto coins to blockchains it seems that everyone wanting to look trendy or cool is going along the disruptive route. But aren’t we over that now? Sure, the finance sector has changed at a rapid rate, but digital currencies and decentralisation seem to be the way forward and therefore ‘disruptive’ is rather out of touch.

The process of continuously trying new things to see what’s effective is known as growth hacking. While it can help with innovation, ‘growth hacking’ can also be used to justify a poor or non-existing planning process. So, if you’re throwing this term around without a second thought, ask yourself what you’re really trying to achieve. This is also a buzzword I frequently hear used incorrectly.

SoLoMo is short for Social Local Mobile marketing. So, what’s my issue with this? Well a focus on local search is good. Combine it with a mobile-centric approach and you’re onto good things. But there’s no need to shorten this marketing tactic. It sounds like a Starbucks order. Also, only a few marketers use it which means they then have to smugly explain it to everyone else which just takes longer than saying localised marketing in the first place. And breathe.

Is it? IS IT? Does content sit on a throne all day or walk around in a fancy gown? Does it live in a palace? Of course, exceptional content is an absolute must as it allows you to communicate intelligently to your consumers. But Content is King is completely naff as it implies all you need to do is write millions of words and you’ll be royalty. These days, a lot more is required. As well as great content in many different forms including video, pictures, polls, questionnaires, infographics and so on, you also need a top-notch marketing strategy to make your content shine. An omnichannel approach across multiple social media channels can help improve outreach while engagement with your followers is also necessary. Content has spilled well out of ‘the box’ we all hate and is now a multi-dimensional tool. I think I also hate this one because I’ve heard it so many times. Hearing it now provokes internal rage and seething resentment towards the speaker.

This is the amalgamation of two words ‘advertising’ and ‘entertainment’. I know, awful isn’t it? Of course, so called advertainment works. For example, YouTube mobile ads receive viewer attention 83 percent of the time. But do we really have to use such cringeworthy terms? No we don’t. Just stop with it.

I’m all up for creativity. That’s what marketing is all about and if you can’t dig deep and come up with really fantastic campaigns then maybe this industry isn’t for you. But terms like “let’s blue sky it” really get under my skin. Essentially, this refers to a creative thought process with no limits or preconceptions. Great, only it implies that we are not already being creative. As though, the moment those words are uttered, we become ethereal marketers, attaining new heights of creativity. It’s as annoying as “thinking outside the box”.

“Alright guys, let’s pivot to this wonderful new idea I’ve not thought through properly yet because this one we’re discussing seems too hard.” While changing from the original direction or idea is fine in some cases, distraction or having ‘too many cooks,’ can lead to a lack of productivity. And if anyone has seen that Friends episode where Ross shouts PIVOT on repeat to help maneuver his new sofa up the stairs – you’ll see why I can’t help smirking. In fact, say pivot in a meeting and I can’t listen to anything else without laughing. 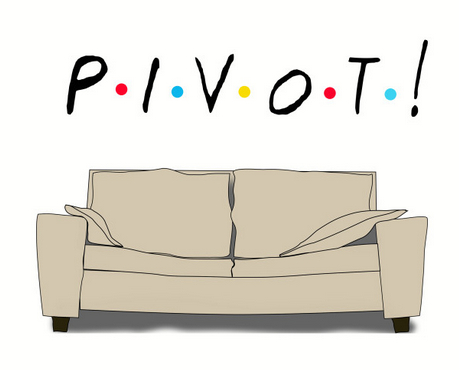 I can’t count the number of times I’ve heard this buzzword, but I’m not sure most people know what it means. While it’s all about replacing old ways of thinking with something new or different, please don’t overuse this buzzword unnecessarily as it will probably just confuse everyone in the room. Also, I can’t pronounce it.

So there you go. The marketing buzzwords I’m throwing into Room 101 to be banished forever. What would you add? Tweet me @Charli_Says and let me know.