Trick or Treat? The Big Brand Guide to Halloween Marketing

Pumpkins, bats and ghastly ghouls. What’s not to love about Halloween? It’s the perfect time to creep out your consumers. So, as mummies tighten their bandages and vampires sharpen their teeth, why not capitalise on this historically high spending period? Trick or Treat? The Big Brand Guide to Halloween Marketing.

Spine-Tingling Shopping Stats: Ignore at Your Own Risk 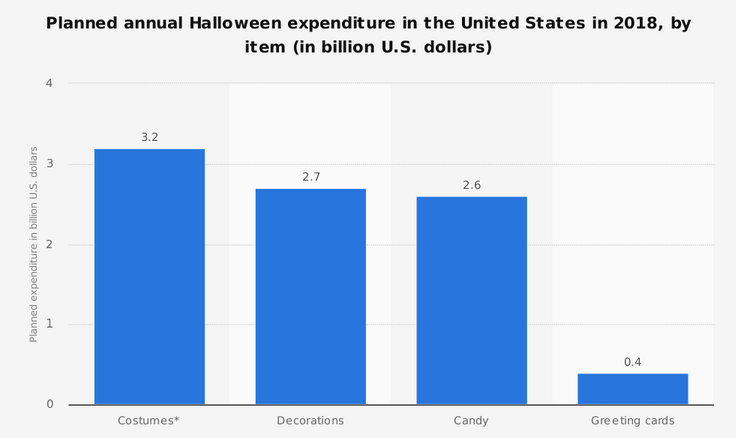 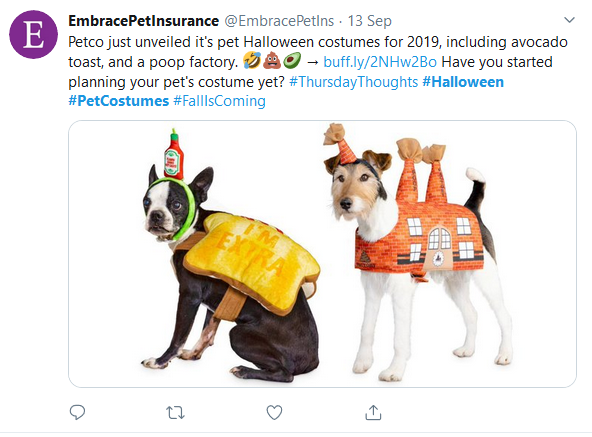 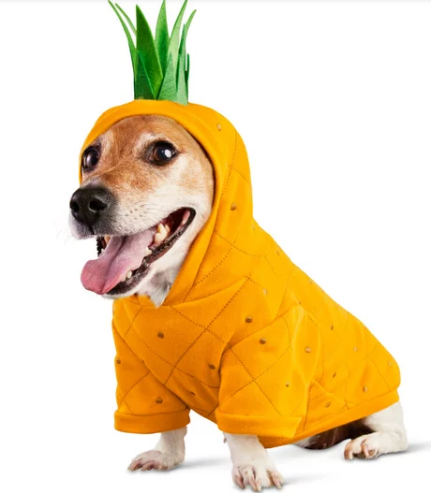 Top tip: Use a combination of high and low-density hashtags to help your post make the biggest impact. High-density hashtags have over 500,000 posts. Every time someone uses this hashtag your post will get buried. But high-density hashtags show relevancy and put your content among similarly tagged posts. Lower ranking hashtags, however, have less competition, increasing your chances of ranking in ‘top posts.’

Get Socially Sorted with Contentworks.

But Isn’t It Too Early for Halloween Marketing?

The floorboards are creaking already! Can’t you hear them? Ghouls across the land are preparing to own their most Spooktacular night of the year. So, as summer gives way to bone chilling nights and hooting owls, there’s every reason to start warming that cauldron.

We looked into our bubbling potion – and here’s what it revealed:

So, as we’ve established. Now is the perfect time to do the Monster Mash and get brainstorming for a horrifying Halloween. Let’s check out some of the big brands doing it right for inspiration.

Sweet treats go hand-in-hand with Halloween and Dunkin’ Donuts get it right year after year with their themed goodies. They’re even helping consumers build Halloween ‘traditions.’ 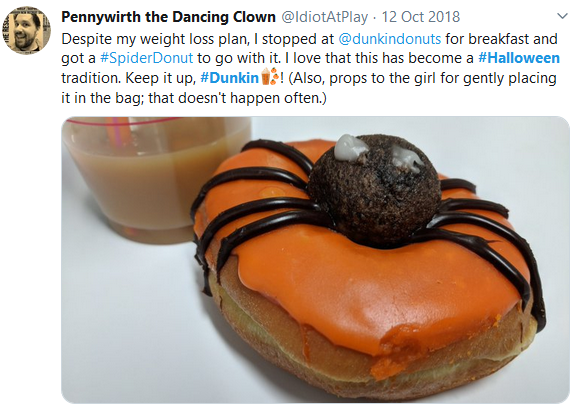 This year, they’ve brought back the much-loved Pumpkin product line-up which not only perfectly welcomes autumn AKA ‘fall’ but also carves consumer curiosity around Halloween. It’s all-round epic. So, what are they doing?

As an omnichannel campaign, Dunkin’ has also taken to Insta, rocking the Stories section with a series of #pumpkingoals updates and promoting location-specific stores. This is regional targeting in full swing. 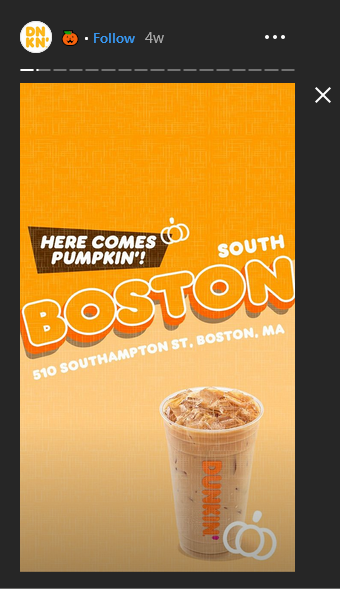 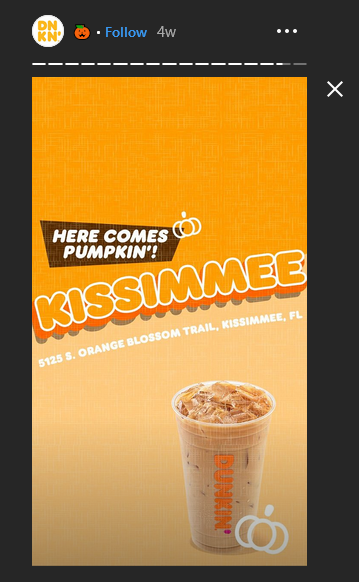 By asking consumers to carry out a specific call to action ‘tag the Pumpkin lover you’re bringing to Dunkin’, the brand is also working to increase outreach and engagement. Video is cleverly used to bring each of the delicious products to life.

Halloween is all about dressing up, right? Dunkin’ has regularly hosted Halloween costume competitions online in the past – a great idea for all you marketers out there. But this time they’ve taken things a step further by debuting their very first Dunkin’ Halloween costume at New York Fashion Week.

Turning things up a notch more, the outfit will also be available exclusively to Instagram followers in October. What better way to pique interest and attract followers? 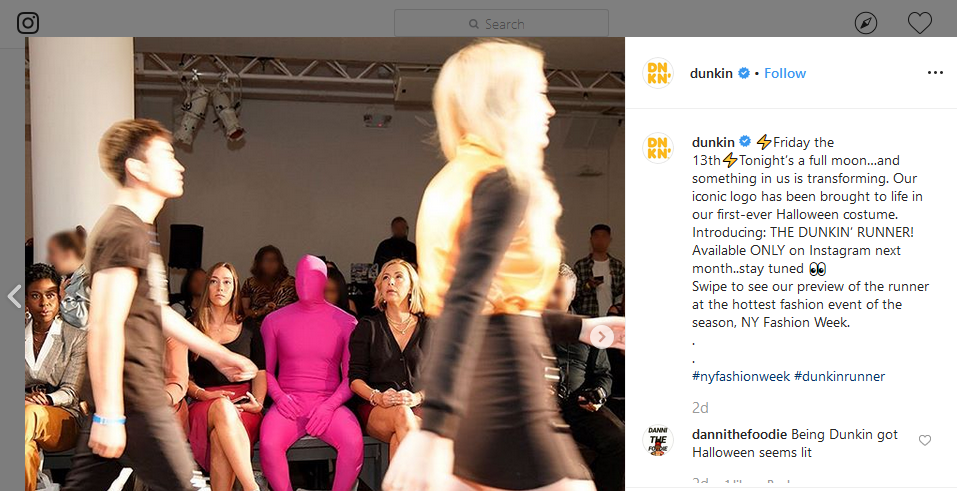 In true Halloween spirit, Netflix has introduced a brand-new category specifically for Halloween. “Netflix and Chills” perfectly plays on the commonly used slang phrase “Netflix and Chill” and will treat subscribers to a myriad of different movie titles including cult classics such as Pet Sematary, The Blair Witch Project, Poltergeist, and The Shining as well as TV shows including Stranger Things, The Haunting of Hill House, Chilling Adventures of Sabrina and American Horror Story. If you do not have Netflix but still want to join in with some Halloween fun, then you may want to take a look at the different streaming services and comparison to see what else is available so you don’t miss out on the spooky shows and films.

We consume horror for a variety of reasons, one of which is to be stimulated. Exposure to terrifying acts, or even the anticipation of such acts, can stimulate us – both mentally and physically – in opposing ways: negatively (in the form of fear or anxiety) or positively (in the form of excitement) (in the form of excitement or joy). So you could consider watching one of those movies on Halloween. However, if you are unsure about which movies to watch first, you can visit websites similar to hellhorror.com, which may provide you with a list of the best horror movies on Netflix. It may also provide you with a brief overview of the films that could pique your interest.

Netflix may also release a host of original content to this category. The first of these productions, Shadow of the Moon, will air on September 27th, followed by the movie adaptation of Stephen King and Joe Hill’s ‘In the Tall Grass’ on October 4th. 5 movies in total will roll out throughout October. 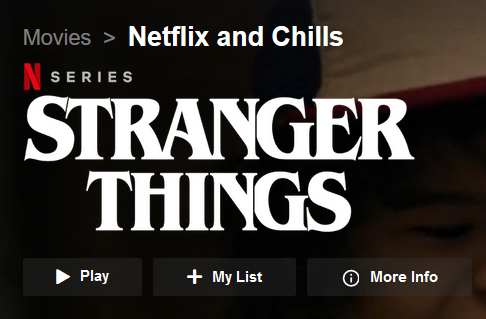 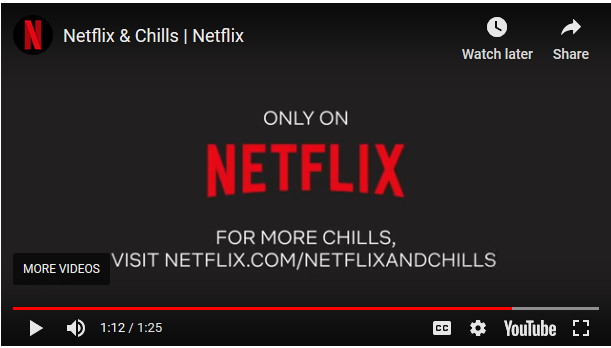 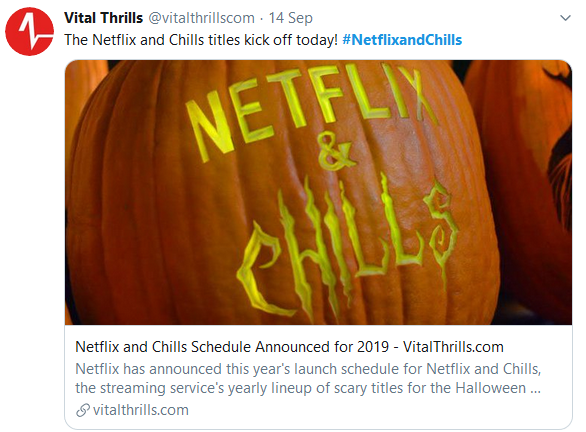 DIY is a key element of Halloween. Whether it’s wrapping yourself in toilet roll to look like a mummy or cutting a circle out of a sheet for a ghostly appearance, arts and crafts come into their own at this time of year.

Hershey’s capitalised on this idea wonderfully in 2018 with their stop-motion DIY videos posted to their Facebook page. The most successful video showed how to make Halloween bats as a party favour. This went viral receiving well over 1.5 million views. 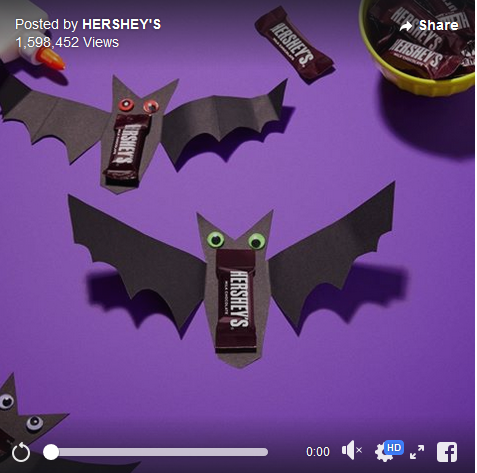 Halloween is a great time for confectionary brands as it’s associated with Trick or Treaters. Hershey’s have used this to their advantage over the years with campaigns that draw on this fun part of the holiday.

Halloween is a spooktacular time to get your scare on! Contact myself and the Contentworks ghouls for content marketing that works this Halloween and beyond.